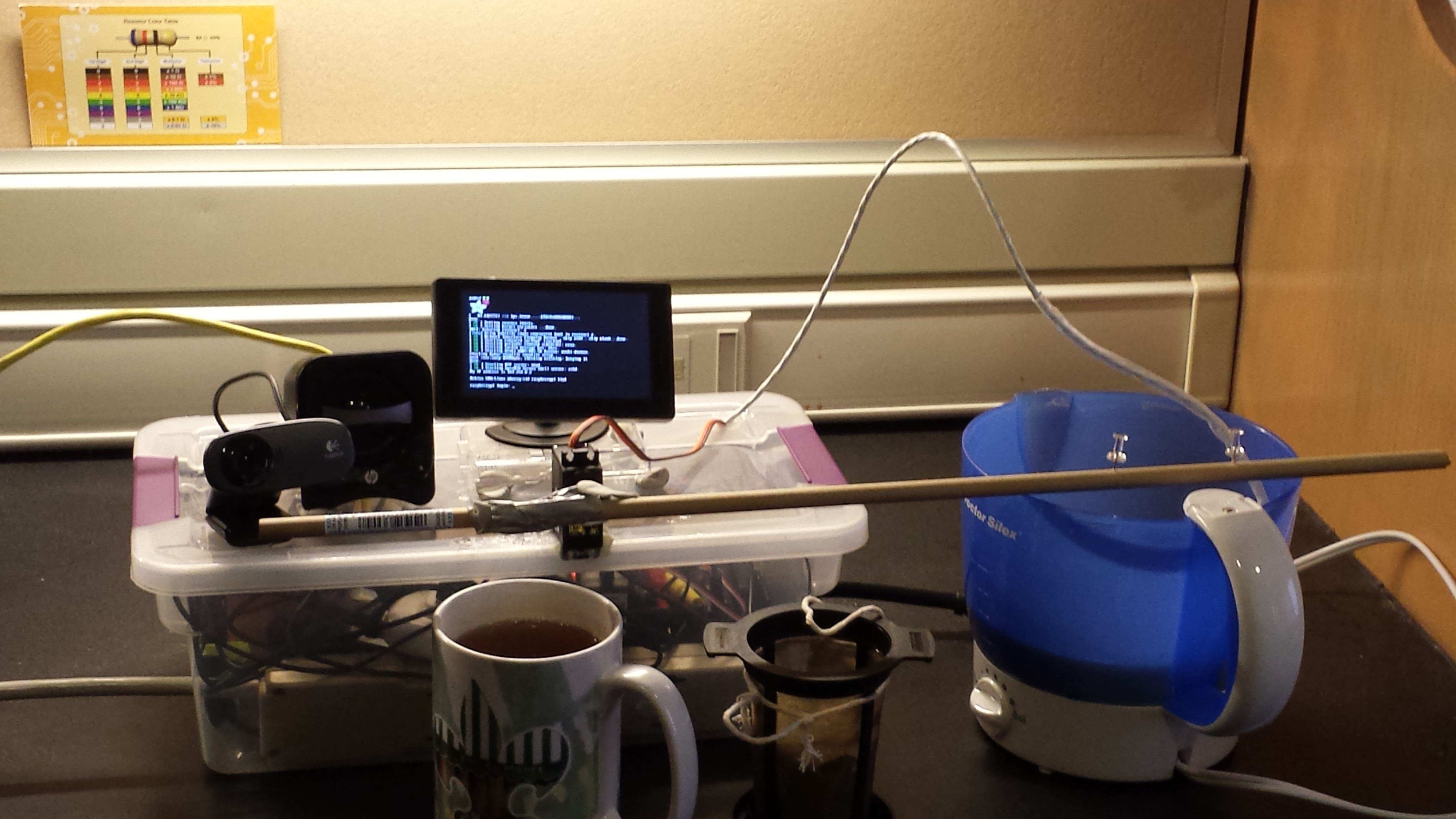 As a huge tea aficionado, it makes sense that one of my first hardware projects was to #buildabetterteapot. Tea Pi began as a project worked on between classes in my freshman year dormitory at Georgetown. Although the assorted wires, inept soldering, and endless sessions of me yelling at a e-cycled web camera to get voice-controls to work may have unnerved my roommate, the end result was well worth it.

Since development in 2014 the project has received a fair amount of attention with 90,000+ views on Youtube and more than 8,000 views on Hackaday.io (where it was one of the first 200 projects on the platform). It has been featured on a numerous blogs including Hackaday, and The Pi Hut.